How Apple and Starbucks use storytelling to connect with their customers 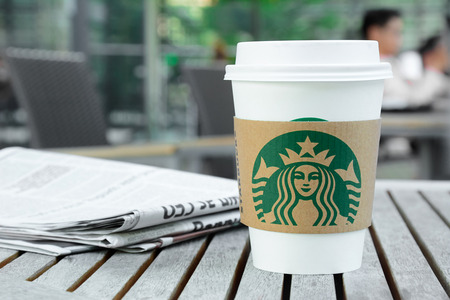 Who’s the greatest storyteller you’ve ever met? Maybe it was your grandfather telling you stories from long ago or maybe you’ve been at a party and watched a natural storyteller in his or her element control the mood of the room.

Either way, good stories have a way of immediately commanding our attention, leading us to ask questions and make human connections. That’s the power of a good story — everyone stops to listen. Which is why companies who have found a way to share and tell stories have seen some of the best business success possible. Read on to find out how Apple and Starbucks became two of the most powerful storytelling brands of the past decade.

Steve Jobs, Apple and the iPhone

For anyone who remembers the launch of the first iPhone, you’ll remember it was a thrilling event. Steve Jobs captivated the audience by telling the story of the iPhone — piquing their interest by building suspense and telling the audience why they should care about what he was about to tell them. Though it was a given that his audience cared about what he had to say, Jobs cared more that they understood how mobile phones had evolved so that they could appreciate how revolutionary the first iPhone was going to be.

Everyone’s favorite coffee shop also has a history of great storytelling. They have a great platform to tell it on; each time you log onto the WiFi at a Starbucks store, you are directed to their news site, 1912 Pike. The site contains everything from informing, entertaining stories (Who is the Starbucks Siren?) to delicious, DIY recipes (Cold Brew Mocha Coffee Cubes).

But even more importantly than the coffee cubes, Starbucks recently introduced a collection of stories called Upstanders, where users submit videos, podcasts, and short films explaining what they are doing to create extraordinary change in their communities. Sometimes the best way to tell the story of your brand is to let the people using it tell it for you.

For another interesting read on Starbucks, check out DailyCupo’s What Is The Meaning Of The Starbucks Logo? Curious Facts You Need To Know.